Posted on January 21, 2011 by VilmaRodriguesSilva11CM 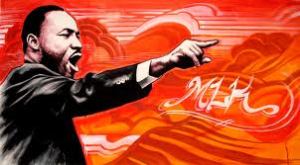 of relativity to serve. You don’t have to know the second theory of thermodynamics in physics to serve. You only need a heart full of grace. A soul generated by love.” -DR. MARTIN LUTHER KING, JR. “THE DRUM MAJOR INSTINCT” DELIVERED AT EBENEZER BABTIST CHURCH, ATLANTA, GEORGIA, FEBRUARY 4, 1968.

Is it about being a part of something great? Being a part of a national movement? Or is it about making a major difference in the lives of students and in the communities we serve? No matter the reason on why an individual is serving, it’s the part that they are great for their act of selflessness for choosing to serve that strikes me most. Dr. King’s words ring throughout the culture of City Year, just as this quote above and others are found in our Idealist Handbooks. I believe that what we are able to do today, as a community of diverse idealistic individuals, is a product of Dr. King’s non-violent fight for desegregation during the Civil Rights Movement. Solely, Dr. King wasn’t the only person fighting, but he was definitely a prominent leader. Like many others, City Year has found numerous ways to embrace Dr. King’s legacy as we build our own beloved community. King believed that we are all connected to one another. He knew that the correlation amongst our diverse nation was in fact imperial to our well-being and those around us. In King’s vision of a Beloved Community, the people are integrated with love and justice and we each recognize that we have a connection to one another. That idea reminds me of “Ubuntu” which is a Zulu Proverb that means, “I am a person through other people, my humanity is tied to yours.” As simple as both Dr. King’s vision and Ubuntu may seem, our world is still struggling with integration and we are still looking for more progress. I don’t doubt that through education and continuing King’s legacy throughout the 20 U.S. City Year sites and with the 2005, opening of City Year South Africa and 2010, opening of City Year London, his legacy is now being spread internationally, in hopes for more progress around the globe.

“Only through nonviolence can this goal be attained, for the aftermath of nonviolence is reconciliation and the creation of the beloved community.” –Dr. Martin Luther King. Jr 1958

A young idealist who graduated from the University of Connecticut and is now ready to change the world! "The world seems too busy for compassion and love, lets change that"- @Vilma_Rodrigues
View all posts by VilmaRodriguesSilva11CM →
This entry was posted in Manchester, NH, Parker Varney. Bookmark the permalink.

1 Response to Dr. King’s Legacy: Our Own Beloved Community